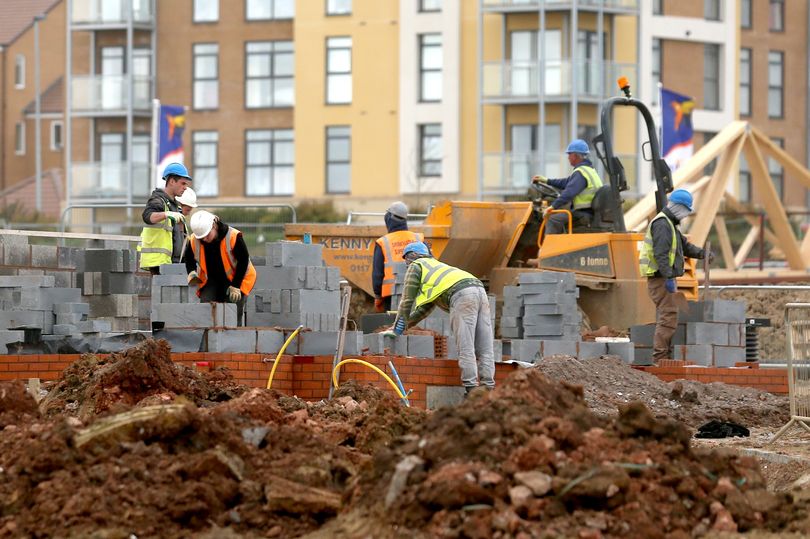 European Union nationals make up 8% of the UK’s construction workforce – well over 175,000 people – and uncertainty about their future is impacting on building, according to recent RICS figures.

The results of the RICS Construction and Infrastructure Market Survey for the last quarter of 2018 shows deepening concern about access to finance and the skills crisis, with EU nationals an important part of the workforce on construction sites.

A shortage of skilled labour continues to pose a significant challenge with almost half of respondents in Scotland, particularly with regard to professional services such as quantity surveying. The challenges for the procurement of labour differ by role.

Looking at the UK as a whole,  64% of surveyors expressed the view that workers from the EU were not important to their hiring requirements of surveying professionals, and the solution remains firmly domestic with 68% of contributors citing education as the most effective policy tool in addressing the skills dilemma, compared to 15% for immigration.

Anecdotal evidence from respondents suggest that the housing market slowdown, coupled with the Brexit crisis, is weighing on business investment decisions.

When asked how business inquiries for new projects or contracts have fared in the past three months, 10% more respondents across the UK reported an increase rather than a decrease compared to 24% in Q3. Growth in repair and maintenance work remains modestly positive.

Looking at factors across the UK constraining activity, financial constraints are reported by 78% of surveyors to be by far the most significant impediment to building.

Difficulties with access to bank finance and credit, along with cash flow and liquidity challenges, are often cited reasons alongside generally less favourable cyclical market conditions. When asked how credit conditions have changed over the past three months, 20% more respondents report a deterioration rather than improvement.

Workload growth is now reported to be decelerating across all regions. London and the Southeast were particularly affected with a lack of growth across the private housing, commercial and industrial sub-sectors buoyed by positive momentum in infrastructure and public spending. Over the past three months, new business inquiries were strongest in the North (+24%) and weakest in Northern Ireland (-21%). Meanwhile, year-ahead expectations for workloads and hiring are the most resilient in Scotland with net balances of +38% and 31%, respectively.

Tender price expectations over the next 12 months throughout the UK are expected to be squeezed with 51% and 40% more respondents envisaging greater price pressures in the building and civil engineering areas, respectively. The expected increase in tender prices reflects higher input costs and ongoing competitive bidding pressures for businesses. Expectations on industry profit margins have been flat for the second consecutive quarter in Q4 2018.

Jeffrey Matsu, RICS Senior Economist, said: “The protracted uncertainty engendered by the Brexit impasse is becoming ever more apparent with workloads in the commercial and industrial sectors grinding to a standstill. While the challenges are particularly acute in London, the additional £1 billion in additional HRA borrowing to fund council housing has begun to stimulate activity. The subsequent scrapping of the cap in last year’s Budget has the potential to accelerate this positive trend in the public sector over the coming years.

Capacity remains an ongoing constraint for activity more broadly, however, with surveyors reporting a ramping up of new hiring even despite a moderation in business inquiries. Continued access to a qualified pool of non-UK workers to support this growth will be as important as ever, particularly for work on construction sites.