Kier Group to cut 1,200 jobs in attempt to avoid collapse 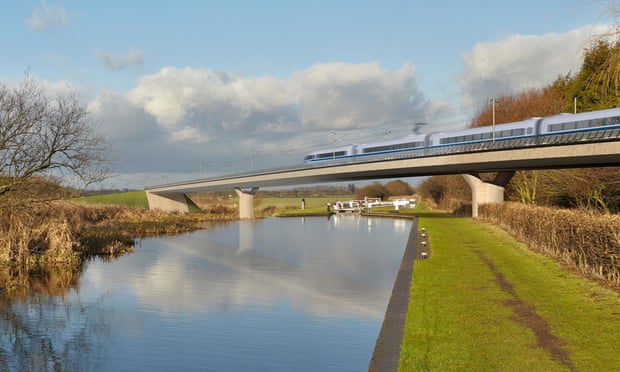 Kier Group, the construction and services company involved in major projects including Crossrail and HS2, is to cut 1,200 jobs in the UK as part of measures to reduce its debt pile and avoid a collapse akin to those of its rivals Carillion and Interserve.

Shares in the troubled construction and services company tumbled to a new low of 109p on Monday afternoon, down 17%, after crashing 35% on Friday, as its mounting problems prompted comparisons with stricken competitors.

Carillion ceased to exist last year after falling into insolvency, while Interserve’s lenders seized control of the company this year after it was unable to pay its debts.

Fears over the health of the wider outsourcing sector has fuelled concern about Kier, which works on multibillion-pound infrastructure projects such as the HS2 high-speed rail line and London’s delayed Crossrail plan.

Rumours that Kier was experiencing financial difficulties were crystallised when it shocked the market with a profits warning a fortnight ago.

The new chief executive, Andrew Davies, has brought forward his turnaround plan for the business, which employs 19,000 people in the UK.

The plan also involves selling its homebuilding business, Kier Living, and its property development unit, and shutting or selling its recycling and rubbish-processing operations. Kier wants to focus on infrastructure, regional construction, utilities and road maintenance.

Davies said the current portfolio was too diverse and debts too high but he also told analysts and investors: “At its heart there is a great business in Kier, particularly around the four core groups. We will administer self-help to this business.”

Kier says 650 employees will have left the group by 30 June and a further 550 are expected to leave in the coming year. The job cuts will mainly affect its head office at Tempsford Hall in Bedfordshire. The company aims to save £55m a year from 2021 but the restructuring will cost £56m over the next two years.

The group estimated its average month-end net debt at £420m to £450m: higher than the £360m expected by analysts. It said two insurers had stopped providing trade credit insurance to some of its subcontractors and that it was working with its suppliers to mitigate the impact.

A report last week suggested Kier’s housing division may raise only £100m to £150m, less than half its previous valuation, sending its shares tumbling. The housebroker Liberum has valued housing at £315m, the property division at £254m and the facilities management and environmental operations at £10m.

Russ Mould, the investment director at the stockbroker AJ Bell, said: “These all seem like sensible steps but delivering on this plan will not be easy. The turnaround programme delivered by Leo Quinn at the rival group Balfour Beatty offers Kier something of a template.”

In addition to the job cuts, he is suspending dividend payments to shareholders for this year and 2020.

Kier has been through a turbulent period, launching a £264m emergency fundraising in December that was shunned by investors, forcing its lenders to step in and buy leftover stock. Kier’s former boss Haydn Mursell, who left in January after pressure from shareholders, said the company needed to raise more money because banks had reined in lending to the construction sector since the failure of Carillion.

The shares have lost 90% of their value in the past year. Kier’s share price fall has piled more pressure on one of its largest shareholders, Woodford Investment Management, run by the star fund manager Neil Woodford. He was forced to suspend his flagship fund after a surge in withdrawals on the same day Kier issued its profit warning. Woodford held almost 16% of Kier as of 5 June after reducing his shareholding from 20%.