Job losses ahead as Galliford Try scales back on construction 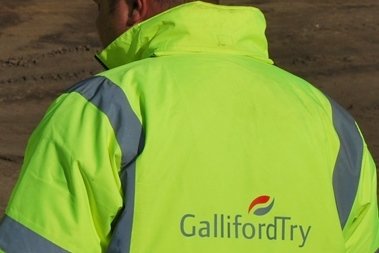 Galliford Try has launched a strategic review of its loss-making construction business to reign in its market exposure.

The strategy rethinks comes as the firm warns that its annual profits this will be £30m to £40m down on previous expectations due to restructuring costs and additional provisions for loss making contracts. These contracts include the Queensferry Crossing in Scotland, which supposedly came in under budget last year.

“The review will reduce the size of the construction business, focusing on its key strengths in markets and sectors with sustainable prospects for profitability and growth, where we have a track record of success,” the company announced today.

Galliford Try’s announcement comes just a day after Kier also launched a strategy review under new chief executive Andrew Davies. With Interserve having already fallen into administration and been taken over by its banks and Carillion gone, only Morgan Sindall of the top five contractors has yet to hit the rocks, it seems. Balfour Beatty was ahead of the curve, encountering headwinds five years ago and bringing in Leo Quinn as chief executive to effect a turnaround.

Galliford Try said that its review includes an assessment of operational progress and contract positions throughout its construction division. “The board anticipates that this review will result in reduced profitability in the current year reflecting a reassessment of positions in legacy and some current contracts and the effect of some recent adverse settlements, as well as the costs of the restructure,” it said. “The single largest element relates to the Queensferry Crossing joint venture, which has recently increased its estimated final costs on the project.  With regard to the claim in respect of the completed Aberdeen Western Peripheral Route (AWPR), and the previously disclosed £38m work in progress balance in respect of three contracts for a single client, our position is unchanged.”

The strategy review is expected to be concluded swiftly and further details will be announced on 21st May 2019 in the next scheduled update to shareholders.

Galliford Try has so far lost £123m on the AWPR project that was originally a three-party joint venture with Balfour Beatty and Carillion. It was eventually completed with Carillion.

For the contractors building it on a fixed price contract – Hochtief, Dragados, American Bridge and Morrison Construction (Galliford Try) – it seems not to have been quuite the triumph that was previously proclaimed.

Both the Queensferry Crossing and the AWPR were undertaken on fixed-price terms – agreed in 2011 and 2014 respectively.