How will Brexit impact the UK construction industry? 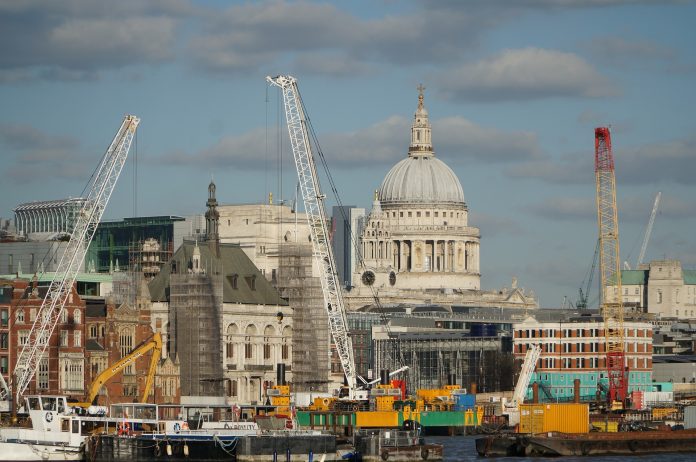 With the impending leave date getting ever closer, this article will take a closer look at how the UK’s departure from the EU will affect the construction industry

Yes, we’re going there. Though the mere mention of the dreaded B-word is enough to spark chaotic debate everywhere from the local pub to the House of Lords, with the impending leave date drawing ever closer, it’s important to readily assess how industries and sectors will be affected by the UK’s withdrawal from the European Union.

So, without further ado, take a deep breath, and let’s take a closer look at the implications of Brexit on the British construction industry.

With 28% of London construction workers migrating from EU countries, it’s no secret that the national construction industry relies heavily on migrant labour. However, following the eventual withdrawal from the EU, migrant workers will be stripped of their right to free movement and, subsequently, their automatic right to work in the UK. The implications of such could be drastic…

Immigration was a major influencer in the public leave vote and, in an attempt to satisfy the desires of hard-Brexiteers, Prime Minister Theresa May announced governmental plans to focus a post-Brexit immigration policy favouring workers of ‘high skill’, all but announcing the end of a free labour movement. As a result, some may argue that the consequences of this could include a skills shortagethat leads to higher project costs, with the demand for labour outweighing the ability to supply.

With the supply of labour likely to be unable to meet its demand, it’s very likely there will be a knock-on effect, with house builders unable to meet government housing targets. Consequently, this would see a rise in house prices and project costs.

Alternatively, Brexit could result in foreign investors withdrawing their money from the UK property market, resulting in a reduction in prices and a rise in the availability of original investment properties. Yet, while this may sound like a light at the end of the tunnel, the uncertainty of economic instability means the Bank of England will be increasingly apprehensive about the repayment ability of borrowers, subsequently altering their criteria for bad credit loans, guarantor loans and other personal loan options and thus decreasing the accessibility of credit.

With the Department for Business, Innovation and Skills declaring that almost two thirds of building materials were imported from Europe, higher taxation rates and limits on quantities of imported materials post-Brexit could be disastrous for the construction industry.

Though some may celebrate a subsequent increased focus on the manufacturing of British goods, consequential tariffs imposed on British products across Europe could spell further trouble for British industry and UK enterprises. It is in situations like these that it becomes of vital importance for Theresa May to establish a fair withdrawal deal with the EU that protects British trade and the right to free movement of goods – a deal that, at the time of writing, is becoming an increasingly unlikely prospect.

The loss of these revenue streams could have a major impact on the industry, including the ability to deliver on large-scale infrastructure projects such as HS2. Though some have suggested this money could be replaced by that saved from EU membership fees, it is becoming increasingly unlikely that, in the face of consistent governmental cuts and budget reassessment across all sectors, infrastructure would see any significant investment.

Though it sounds all doom and gloom, we can’t say for certain how Brexit will objectively affect the construction industry without first establishing a clear exit strategy. With Theresa May and her Conservative government still yet to successfully negotiate a deal with EU representatives, it’s no exaggeration to declare that the future of the construction industry still very much hangs in the balance…