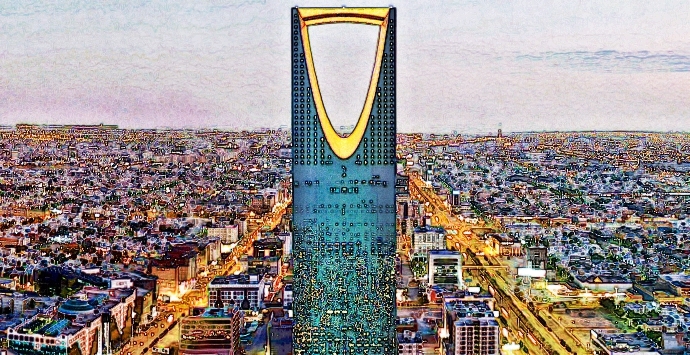 Saudi Arabia’s smart cities are starting to come to life, as the kingdom’s digital transformation plans and drive for change takes hold, according to Hani Obeid, senior partner for Saudi Arabia and emerging markets, and smart healthcare practice lead, at NXN.

The smart city digital services provider – which has developed the smart city masterplan for Riyadh, as well as digital transformation blueprints for key sectors of the kingdom’s economy – is experiencing increasing demand as programmes such as Vision 2030 and the National Transformation Plan put digitisation at the top of the country’s agenda.

Digitisation is becoming more and more of a priority across various officials, ministers, and government department managers in Saudi Arabia

Saudi Arabia is embracing digital transformation, at the national level, as well as at city and district level, and digitisation has become a key issue for leaders, Obeid tells Construction Week’s sister title, Smart Cities Arabia.

“[Digitisation] is becoming more and more of a priority across various officials, ministers, and government department managers in Saudi Arabia,” he says.

“It has to be embedded as part of their strategy, within the operating structure and objectives of their departments.”

NXN is closely involved with many of the biggest digital transformation projects in the kingdom. The company worked with the National Digitisation Unit (NDU) to develop blueprints for four key sectors – health, education, e-commerce, and smart cities – which have all been signed off by their respective government entities to be translated into strategy.

Both cities have a strategic focus on their economies, and on quality of life, although with the key difference that Al Madinah is also focused on the quality of life of pilgrims visiting the city.

We look at the urban strategy, and how urban strategy and digitalisation overlap, and what the common elements are that we can capitalise on.

Other city drivers such as mobility, people, governance, and the environment, are more opportunistic factors in the cities’ plans, but in the main, economy and quality of living take the lead.

Creating the blueprint for each city follows a similar process, Obeid explains, with NXN conducting a current-state assessment of the digital services and infrastructure, and developing a thorough understanding of the vision for the city, as well as the challenges it faces.

The aim is then to understand how digitalisation can address the issues for each city, and how – within regulation and budgetary frameworks – solutions can be developed.

“We look at the urban strategy, and how urban strategy and digitalisation overlap, and what the common elements are that we can capitalise on,” Obeid says.

“We look at benchmarking and any best practices that may be relevant.”

The company is also providing its own data scientists to support city and district projects, to understand how they can leverage their data to improve key vectors and deliver better experiences for end users, whether they are citizens, businesses, or pilgrims.

Obeid says that while there are still challenges in Saudi Arabia with siloed operations and data sources spread across different entities, he is seeing more and more willingness and openness among government entities to collaborate together on projects.

This collaborative attitude is particularly important in realising city- or district-wide plans that need different stakeholders to come together, and where different entities may already have standalone digital projects that need to be integrated into the bigger picture.

For a city like Al Madinah, with a mass influx of pilgrims that access services across many different government entities and non-governmental operators, collaboration is even more important when it comes to creating good experiences.

“We face this with all projects. Digitisation is not new to the Middle East, but the aggregation, consolidation, and alignment is,” he says.

“For the various entities that have led this transformation, to come together around a table and realise that they have commonalities – many of them have common end-users, they realise they need to share common platforms, common data centres, common services and elements of services to be more effective and streamlined – that is a new reality that a lot of the entities have realised, and due to the country’s leadership, they are very actively executing on it.”

Al Madinah is being digitised as well.

“[The crown prince] leaves no stone unturned in terms of his determination to actually execute on this digital transformation. Every new city, or Neom, or the Red Sea Project, all have his vision of really transforming these cities into a platform of services that are catered to the target customers.”

The key thing about Saudi Arabia is change – it is happening at a rapid speed. The benefits of digitalisation are eminent, and we continuously educate the stakeholders about the benefits of such a change.

While there still tend to be very few projects in Saudi Arabia that are driven by the private sector, there is some trickle-down of smart-city ideas into smaller-scale private projects, such as the adoption of wayfinding services, building energy management, and smart parking in some developments, Obeid adds.

What is more noticeable however, is the increasing interest from the government sector in involving the private sector in projects through public-private partnerships (PPP). This is a relatively new development for the kingdom, but one that is rapidly gaining traction.

Obeid says the old attitude of “here’s my budget; come and build the solution for me”, has been replaced with an attitude of “how can we work together so that we are both happy?

“This type of partnership, whether it is financing or revenue-share – whatever ‘flavour’ of PPP – I have seen more of it come up with municipalities and other digital agencies. It is a question of ‘here is what we need; will you back up your technology?’”

The pace of change is actually one of the challenges in Saudi Arabia, Obeid continues. Change management, he explains, has become an invisible but integral part of most engagements, as NXN has to keep driving awareness among customers of the company’s new capabilities and technologies that are relevant to them.

“The key thing about Saudi Arabia is change – it is happening at a rapid speed,” Obeid goes on. “The benefits of digitalisation are eminent, and we continuously educate the stakeholders about the benefits of such a change.

“That is the biggest challenge and opportunity: to showcase what others have done and realise what more can be done as we digitise cities and districts.”

He adds: “PPP is challenging because it is a new ‘flavour’ and a new way of working with government.

“A lot of new players coming from abroad understand PPP, but for the Gulf region it is a new way of working, and many find it challenging to find the right balance of the ideal PPP model.”

NXN is involved in a number of other high profile projects in the kingdom, including The Red Sea Project and Neom, two projects that represent Saudi Arabia’s diversification into hospitality and tourism-focused projects.

NXN is working on Neom.

In terms of creating the blueprints for these new projects, the approach taken by NXN is the same as with city projects, says Obeid – defining the current state of the infrastructure and services; benchmarking what is being done in similar projects worldwide; gaining an understanding the relevance of these concepts to the goals, key outputs, and objectives of the Saudi projects; and determining the financial viability of digital services.

In these large-scale district projects, however, NXN has gone beyond developing a road map of digital services, according to Obeid. Rather, the company examines the functional and technical requirements of the planned services, and builds an understanding the necessary enablers of the digital services, as well.

At present, NXN is expanding its team in Saudi Arabia and is focusing on adding new capabilities as demand to leverage the benefits of digital transformation increases from different verticals, from universities to healthcare and industrial sectors.

“Saudi Arabia is a key strategic country for us, and it has tonnes of opportunities,” Obeid says.

“Change is the key – digitisation is not just ‘nice to have’ in Saudi Arabia anymore. It is now [something you] ‘need to have’. It is on the agenda of chief executive officers; chief technology officers are looking outside the box; and it is very exciting to be a part of that discussion.”