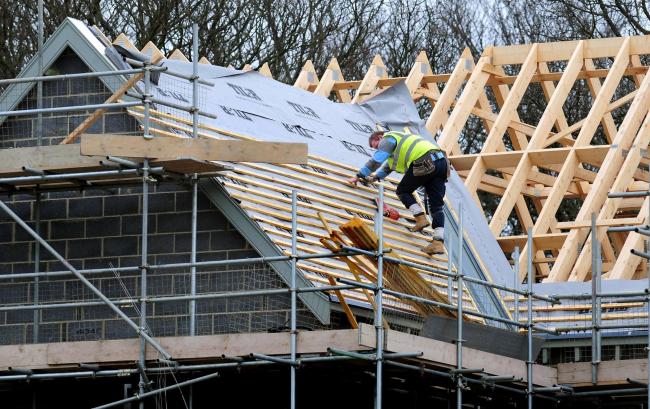 LONDON (Reuters) – Britain’s construction sector returned to growth last month thanks to a pick-up in housebuilding, though the outlook is less certain due to a sharp fall in new orders, an industry survey showed on Thursday.

The IHS Markit/CIPS construction Purchasing Managers’ Index (PMI) rose to a three-month high of 50.5 in April from March’s 49.7, a shade higher than the reading of 50.3 forecast on average in a Reuters poll of economists.

“A return to growth would normally be considered a positive month for the UK construction sector, but the weakness outside of house building gives more than a little pause for thought,” IHS Markit economist Tim Moore said.

“Commercial activity and civil engineering both remained on a downward path in April as political uncertainty led to delays with spending decisions,” he added.

Earlier on Thursday, quarterly figures from the National House-Building Council showed a 3 percent annual rise in housing starts for the first quarter of 2019, but the Royal Institution of Chartered Surveyors said confidence was at a six-year low.

Business expectations in the PMI survey sank to their lowest in six months, despite the prospect of a disruptive, no-deal Brexit no longer being on the immediate horizon.

Construction accounts for 6 percent of Britain’s economy. Wednesday’s manufacturing PMI showed a somewhat stronger picture for manufacturers, who continue to get a temporary boost from customers building up stocks before Brexit.