Eurozone construction sector held back by Germany in July 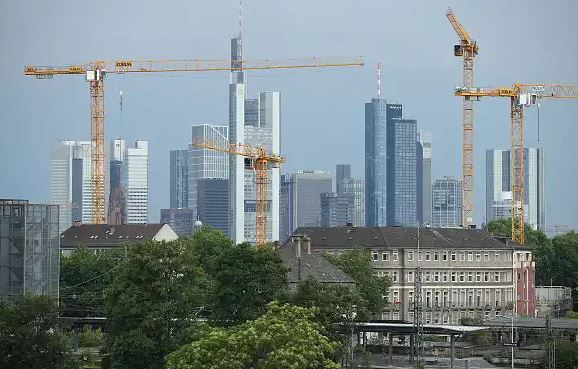 The Eurozone construction sector grew marginally in July despite activity falling in Germany for the first time in nine months.

The construction purchasing managers’ index (PMI), a gauge of the sector’s health from data firm IHS Markit, rose slightly to 50.8 in July from 50.6 in June, indicating moderate expansion.

But in Germany, the area’s biggest economy, the construction PMI fell to 49.5 in July from 50 in June. A score of below 50 indicates contraction.

Across the zone, firms recorded solid increases in employment and purchasing activity. Growth was driven by a sixth successive monthly expansion in commercial construction such as offices and shops.

The construction sector growth is the latest sign domestic demand is providing much-needed support to the struggling Eurozone economy.

Yet the euro area’s construction sector would have performed better were it not for a weak performance in Germany.

Both commercial and civil engineering activity fell in the country and new orders dropped for the third month in a row.

“New construction orders across the currency area were broadly stagnant for the second month in succession, dampened by a sharp reduction in Germany,” said Eliot Kerr, economist at IHS Markit.

Kerr said of the Eurozone as a whole: “At the sub-sector level, the only substantially positive contribution came from commercial project activity.”

Phil Smith, principal economist at IHS Markit, said of Germany: “It’s difficult to untangle how much of the slowdown still represents payback from the very strong start to the year, and how much is due to weaker underlying demand.”