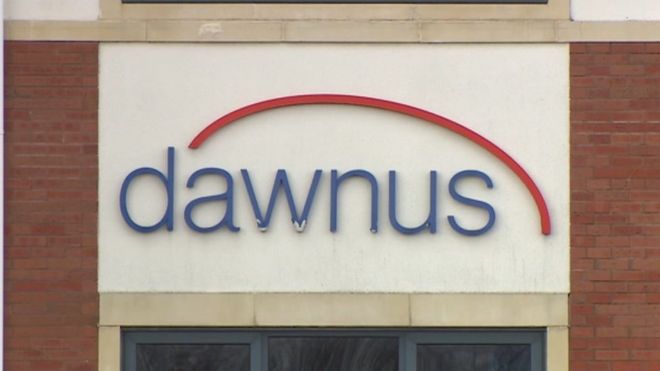 Construction company Dawnus collapsed owing almost £50m which is “highly unlikely” to be repaid, according to administrators Grant Thornton.

The Swansea-based firm owed unsecured debts of £40.5m to other businesses, £5m to its employees, and £3m in taxes.

A secured loan of £1.5m made by the Welsh Government may be paid back, but potentially with some shortfall.

It said it continued to work closely with the administrator to recoup the money owed.

Economy minister Ken Skates had previously said that he was confident it would be paid back.

Workers may be able to claim for some payments from the UK government’s Redundancy Payments Service.

Around 700 people were working for the Swansea-based Dawnus Group or its subcontractors when it went under in March.

A total of 44 construction projects in Wales and England were halted at the time, including work on Swansea’s Kingsway, schools in Powys, and the £15m Manchester-Salford Inner Relief Route improvement scheme.

The secured creditors include the Welsh Government, HSBC and Lloyds Banks.

The Grant Thornton report revealed its experts were first called in by the Dawnus directors in December 2017 because the firm was facing a major cash shortfall.

Despite a cash injection from the Welsh Government and HSBC in March 2018, the finances of the Dawnus Group continued to deteriorate throughout 2018 and in December unsuccessful attempts were made to find fresh investment or a buyer for the business.