Crossrail opening may be delayed to 2021 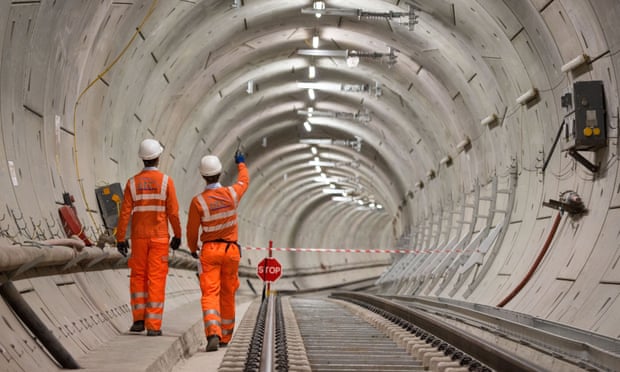 Opening of flagship London rail project could be pushed back to spring 2021, according to BBC

Crossrail’s opening date could be pushed back into 2021, as bosses continue to assess the remaining work to be done on the flagship London railway project.

A new target is due to be announced next week by Mark Wild, the Transport for London chief executive parachuted in to lead the programme after the extent of delays was belatedly revealed last summer.

A best and worst range will be set, with the earliest date being spring 2020. A Crossrail spokesman said it was still working to finalise its plan, but according to a BBC report, the window for the opening of the west-east mass transit line will now extend to spring 2021

Crossrail announced last August that the originally planned December 2018 opening would be delayed by a year, but Wild has since confirmed there was no chance of the line opening before 2020.

A public accounts select committee report earlier this month said it was “not convinced that new services will start to run in 2020 as now hoped, nor that the additional £2.8bn of funding provided will be enough”.

Two sets of bailouts were announced last year, blowing apart Crossrail’s long boast to be on time and within budget. Funding for the project, including contingency loans, is expected to be up to £17.6bn, almost £3bn more than the £14.8bn budget set a year ago.

The Elizabeth line, as Crossrail will be known, will eventually link Heathrow and Reading in the west through new tunnels in central London and back overground to Shenfield and Abbey Wood to the east of the capital.

Although trains are being tested in the underground tunnels, and running in east London, more work needs to be done, including linking up three different signalling systems across the three sections.

Trains are running in tests in the central tunnels successfully, using the new automatic signalling system at the line’s full speed of 62mph (100km/h). But operational trials are yet to be carried out, and according to the BBC source, testing has proved more difficult than expected.

A spokesperson for Crossrail said: “London needs the Elizabeth line completed as quickly as possible and brought into service for passengers. We are working very hard to finalise our new plan to deliver the opening of the Elizabeth line at the earliest opportunity and we will be providing more details later this month.”

Work remaining includes completing the fit out of the tunnels and stations, installing and integrating all the systems needed to operate the railway, and then months of safety testing.

Most work has been completed to build the new Tottenham Court Road and Farringdon Crossrail stations, but mechanical and electrical installation work remains to be completed at Paddington and Bond Street.

The installation of communication systems at stations – including more than 31 miles (50km) of cabling at each station – is another major challenge for Crossrail.

Construction on what has been Europe’s largest infrastructure project of recent years began in 2009, after decades of planning. The line is expected to carry at least 200 million passengers a year once operational.