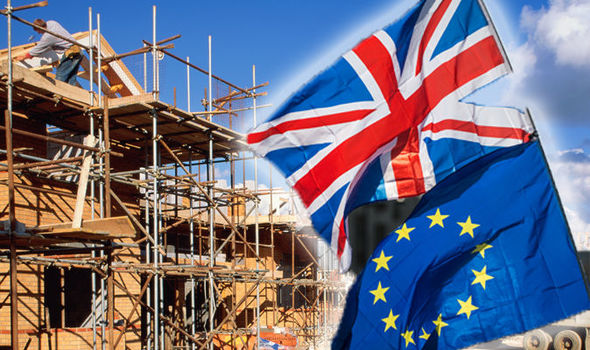 A huge section of the construction sector fear a no-deal Brexit scenario will negatively impact the workloads and massively inflate the cost of materials.

A recent survey, conducted by the Federation of Master Builders (FMB), found that 53% of respondents were worried that a ‘no deal’ outcome on 31st October would lead to imported construction materials significantly increasing. This would put pressure on construction costs and may lead to reduced building works.

Around a third (29%) remain anxious that leaving the EU on poor terms will lead to the construction sector suffering from reduced workloads and enquiries.

Fearing that a contentious exit could restrict the free movement of people, over a quarter (26%) believe that the UK will have access to a reducing pool of skilled workers.

87% of the FMB survey respondents suggested that the government could stimulate growth in the construction sector by reducing VAT on repair, maintenance and improvement works in a bid to encourage homeowners to take advantage of the advantageous tax breaks.

36% believe that UK talent could be improved further by reforming the Apprenticeship Levy to help more small to medium sized businesses (SMEs) train their workers.

The same number of respondents also look for the Government to fund SME schemes to help more small developers compete in the home building sector.

Almost a third of respondents feel that more funding should be given to local authority planning departments to speed up planning processes which could encourage more people to instruct the services of the construction sector.

Furthermore, a quarter of respondents believe a national social housing programme will ensure the construction sector will avoid being adversely affected by a ‘no deal’ outcome.

“As the Conservative leadership contest rumbles on, construction SMEs are worried about the potential impact of a ‘no deal’ Brexit, which would have immediate and potentially disastrous consequences for the construction industry.

“Material prices are the biggest cause for concern – widely-used building materials such as timber are largely imported and any disruption to that would lead to soaring prices and delays to construction projects.

“More broadly, a significant proportion of construction SMEs think that a ‘no deal’ Brexit would result in lower workloads and enquiries as confidence in the economy might wobble as people abandon plans for new projects until the UK is on a steadier footing.

“However, the next PM has it in his gift to guard against any potential economic downturn by stimulating activity in construction and house building as soon as he gets the keys to No.10. Construction SMEs believe that the best way to do this would be to slash VAT on housing, renovation and repair work from 20 per cent to 5 per cent, which would help tempt homeowners to finally commission the home improvement projects they’ve been putting off due to Brexit-related uncertainty. This would give a much-needed boost to the construction sector and the wider economy.

“The next PM should also make more money available to SME house builders through government funding schemes and stimulate apprenticeship training through fundamental reforms to the Apprenticeship Levy. Once elected, the new PM has a responsibility to steady the economy. There’s no better way to do that than investing in construction and house building, which would boost economy.”