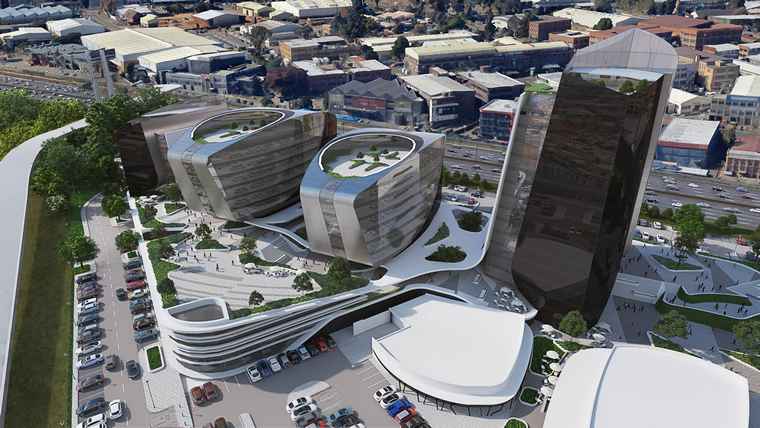 Construction works of the new Barlow Park Precinct is set to commence in May at an investment cost of US $211m.

Atterbury Development Manager Derrick Pautz announced the reports and said the project which is a co-investment between Barloworld, Atterbury Property and African Rainbow Capital, will transform the Sandton Central site from a sprawling corporate park that previously housed Barloworld’s corporate office, logistics and equipment head offices, into a modern mixed-use precinct.

“The project will commence in the second quarter, starting with two months of demolition work before the bulk earthworks begin for the basements. This would take about six months to complete, following which top structure construction work would begin towards the end of the year,” said Derrick Pautz.

The new Barlow Park development includes 55 000 m2 of offices, 700 residential units and a 12 000 m2 community retail centre, besides leisure, hospitality and recreational infrastructure. The project is aimed at responding to tenant and market demands.

Additionally, the project will also enjoy good access and visibility on both major arterials and is less than 2 km from both the Grayston avenue and Marlboro drive off ramps from the M1.

Placed near Alexandra township, the development is ideal to benefiting its immediate community through local economic and job opportunities during construction and for years to come following its completion.

“As a unique site in a desired location, Barlow Park will be constructed in line with the recent world-class modern multi-use developments. Each element is being designed for the best quality with optimal functionality, efficiency, collocation, access and visibility, ” said Pautz.

The entire construction expected to take at most six to eight years to complete. Each party will hold one-third of the property.