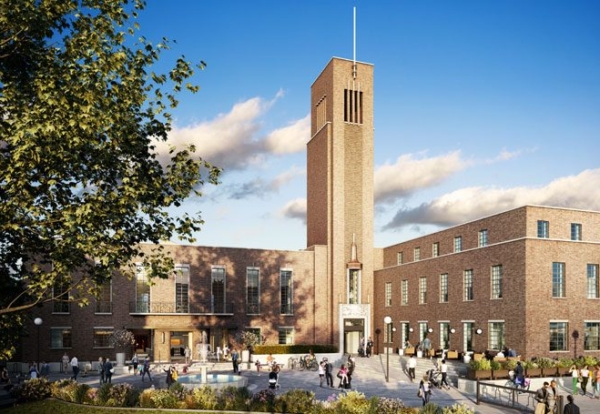 The £30m restoration work will revive the iconic town hall in Crouch End, originally built in 1935, with an arts centre, new hotel and a rooftop bar with views over London.

In addition to the restoration work, two blocks of flats will be built in the town hall grounds.

John Connolly, head of UK Development for FEC, said: “Ardmore has unrivalled experience in the restoration of historic buildings as well as new build residential schemes.

“James Byrne, Director for Ardmore is a proud Crouch Ender and we feel that working with a community member who knows the area well and understands how much the Town Hall means to Crouch End is invaluable.”

Ardmore will set up the site office from the beginning of July and hoarding will be erected along with clearance of the site.

The town hall will be prepared for the restoration at the beginning of summer and is due to be completed in the third quarter of 2021.

Demolition of the buildings in the car park will commence in the summer, paving the way for construction of the new apartment blocks, which is targeted to commence in autumn 2019.